The stations of the cross are a time-honored Catholic devotion. Every Catholic church contains images of 14 stations. These depict scenes that commemorate Jesus’ journey on Good Friday, the day that he died — from his condemnation by Pilate to his death on the cross. You’ll find these stations usually on the walls around the pews, and it’s a common practice to pray the stations on Fridays during Lent.

As a former Protestant, I didn’t grow up with this way of praying. But as a new Catholic studying abroad in Costa Rica for a semester, I experienced the stations in a way that gave me new connections to this ancient form of prayer — and to aspects of my faith as a whole.

I was in Costa Rica during Lent, and my host family invited me to attend a stations of the cross service that would take place throughout the entire neighborhood. After sundown, we gathered outside a nearby home to pray the first station: “Jesus is condemned to death.” The family had set up a small table outside, with a candle and religious imagery that was important to them. We prayed together and sang a song, then walked in candlelit silence to the next house, and so on, through all 14 stations. Along the way, we remembered when Jesus fell, when he met his mother, and so on.

Through the evening, our numbers swelled as people joined in the procession. At the end, we gathered at someone’s home for simple treats (after all, it was Lent) and horchata, a Costa Rican drink made from rice and cinnamon.

I found this experience very moving, and to this day, the memory feeds my faith. Praying the stations in this way taught me four things:

The stations remind us that we all walk a “way of the cross” at times. There was something powerful about praying the stations of the cross while actually walking around a neighborhood — as opposed to the usual style in church where (for understandable reasons) the congregation stays in the pews while the priest or minister walks from station to station. After all, the origins of stations, or “the way of the cross,” date back to the fourth century when pilgrims in Jerusalem literally walked the path that Jesus took to the hill of Calvary where he died.

Of course, in Costa Rica we weren’t walking in Jesus’ literal footsteps. But praying the way of the cross from house to house was a profound reminder that here, too, the cross was carried. Perhaps in this house someone just died; in that house someone was battling addiction; in this house the breadwinner had just been fired; in that house were hurt feelings and frayed nerves and mental illness. Every home that served as a “station” undoubtedly had seen its share of crosses. As we entered into Jesus’ way of the cross, He entered into ours as well.

The stations exhort us to help carry each other’s crosses. As I walked beside my host family and their neighbors, meditating on the cross, I couldn’t help but think about the people in my life: “Was I a ‘cross’ to this or that person? Or did I help make their journey through life easier?”

Even on his grueling last journey, Jesus is aided by others: by Simon of Cyrene, who is roughly thrust into the midst of a hostile crowd to help a condemned man; by the women of Jerusalem, who weep for Jesus; by Veronica, who wiped the blood and sweat off his face. All of these images call us to keep our hearts open to the needs of those around us.

The stations visualize life itself as a pilgrimage, where we fall from time to time. Physically walking the stations helped me reflect on my life as a pilgrimage — a long journey that can often feel long, tiring, and confusing, but that I trust is headed toward a meaningful destination. Like Jesus, we fall more than once on our journeys, perhaps knocked down by others or by our own weaknesses and sins.

In his remarks during the Way of the Cross service that took place in the Colosseum in the year 2000, St. Pope John Paul II said, “For 20 centuries, Christ gets up again from his fall, and meets those who fall. Throughout these two millennia, many people have learned that falling does not mean the end of the road. In meeting the Savior, they hear his reassuring words: ‘My grace is sufficient for you; for my power is made perfect in weakness’” (2 Cor 12:9).

The stations invite us to enter Jesus’ passion as a participant. Imaginative prayer is a way to read Bible passages and picture ourselves as a character in the story: to hear, taste, smell, engage our senses to enter the long-ago scene. Stations, especially when walked, help us to do this too — to place ourselves into the story of Jesus’ passion and death.

Picture the various people along Jesus’ route to Calvary that day — they each had a story. Some we’d want to emulate, others not. Pope Francis emphasized this point during a Way of the Cross at a World Youth Day gathering: “And you, who do you want to be? Like Pilate? Like Simon? Like Mary? Jesus is looking at you now and is asking you: do you want to help me carry the Cross?”

It can be an uncomfortable question. There is so much richness in the details of Jesus’ passion — the stations help us to slow down and be challenged by that foundational story.

At its heart, praying the stations of the cross means making ourselves present to Jesus’ suffering on the day he died — it’s the via dolorosa, or way of sorrows, that he walked. And in so doing, Jesus becomes present in our suffering, in all the crosses big and small that we carry each day. In whatever way the stations are prayed, they can aid our growth in faith and be a meaningful part of our spirituality. 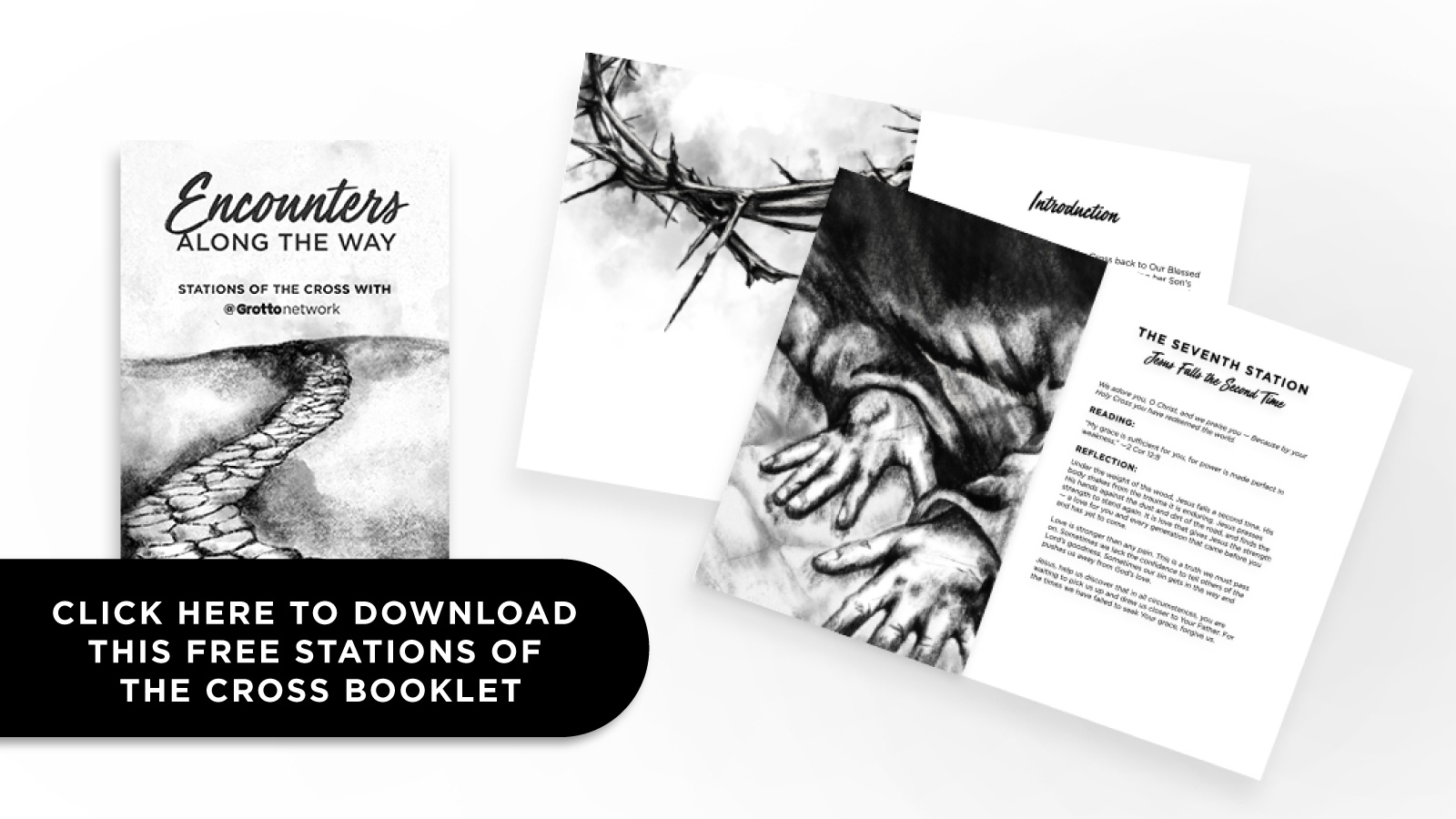 Painting the Stations of the Cross

The Beginner’s Guide to the Stations of the Cross

What’s the Point of Abstract Art? Maybe It’s How it Works on our Hearts

5 Ways We Can Find Proof of God’s Existence

A Lesson in Patriotism from Ukrainian Refugees

Meet This Chicago South Sider on the Road to Sainthood

How To Maintain Long-Distance Friendships

4 Points of Common Ground When it Comes to Abortion

Meet This Chicago South Sider on the Road to Sainthood

A Letter to Say ‘Thanks’ to the Workers Building Skyscrapers