Editor’s note: This story shares an experience of the loss of a pregnancy.

Michelle teaches nursing at the University of Portland in Oregon. This is a story about how her first pregnancy — and the complicated diagnosis that threatened the life of her child — changed her into a mother.

Three years ago, my husband and I found out we were expecting our first child. I had a very typical start to pregnancy — I became sick at the normal times, I fought extreme exhaustion, and I felt downright awful. I was told these were good signs the baby was growing well. At our first doctor appointment at 10 weeks, we saw our perfect, growing baby for the first time with a strong heartbeat.

The next week, our very typical, healthy pregnancy turned into a rollercoaster of high-risk testing and scary diagnoses. The official ultrasound results revealed possible fetal abnormalities and I was referred to a perinatologist for further testing.

Shortly after, our baby was diagnosed with a cystic hygroma and the prognosis was poor. The majority of babies with cystic hygromas have major genetic disorders or abnormalities, and only a very small percentage resolve spontaneously. That afternoon I underwent invasive genetic testing. This is the first time the doctor offered us an abortion — he called it “termination for medical reasons.”

A couple weeks later, we received the results of the genetic testing. Our baby was a girl and she had Turner’s Syndrome, a genetic disorder in which girls are missing all or part of one of their X chromosomes. We rejoiced — not only can babies with Turner’s syndrome survive to term, they can live almost completely normal lives. We went from devastation to hope that our baby was going to be okay, and we began planning for a high-risk delivery and researching specialty care pediatricians.

Despite the return of our hope and excitement, we were offered termination again. We asked our care team to stop offering it. We had now seen our beautiful growing baby twice on ultrasound. She was alive. We loved her. There was still a huge possibility our time would be brief with our baby, but only time would tell how our little girl was growing and developing, and we maintained our steadfast faith in God’s care for us and her.

After a few months, I had an extensive anatomy ultrasound. It was that day we decided we would name our baby Lily Grace, and it is that day we were crushed with a terminal diagnosis. The doctor told us the anatomy scan revealed she had “multiple abnormalities not compatible with life.”

Our grief was overwhelming. But the very next day, I felt Lily kick for the first time. It was as if she was letting me know, “Hey Mom, I’m here and I love you.” It was a moment that shifted our perspective profoundly.

We realized that our time with Lily would likely be brief, so she needed us to be her parents more than ever. With this attitude, we found purpose and strength to endure what was ahead of us. We had a limited amount of time to show our baby a lifetime of unconditional love. Being chosen and entrusted by God to be a parent is an unbelievable blessing and opportunity to share love.

Instead of a high-risk delivery, we began preparing to deliver Lily peacefully into heaven. We shared her name with all our friends and family so they could pray for her, and we purchased a special receiving blanket and outfit to dress her in. We found perinatal hospice and a community of parents who had carried their babies despite poor prognosis. For five more precious weeks, we prayed for time to slow down as we savored every single moment with Lily. Every night, I would lay awake at night with my hands cradled on my belly feeling her move.

On February 18, 2017, after 14 hours of labor, we delivered Lily straight to heaven at 22 weeks gestation. We held her in our arms and wrapped her in her special blanket. Her grandmothers got to meet her, and our whole family celebrated her in prayer. Despite our tears, our hospital room was filled with joy and we told Lily how much we loved her. Lily may not have had much time here, but all she ever knew was immense, unmeasurable, and unconditional love.

In the days that followed, our house was filled with flowers (mostly Easter lilies) and I received dozens of hand-written letters from people who were touched by Lily. To my amazement, many said they were also touched by seeing me as her mother. I saw how truly sacred life is — even a tiny baby who never had the chance to take her first breath touched so many lives.

I also saw how beautiful grief can be. We were literally and figuratively surrounded by our closest friends and families who shared our tears. Without their love, we wouldn’t have been able to bear it. Even in death, Lily brought us together.

Three months later, we found out we were expecting again. To our astonishment, our baby was due on Lily’s birthday. It was a sign to us of God’s unwavering goodness and we were reminded again that we could trust His care for us. On December 5, 2017, we welcomed Charlotte Rose 11 weeks early. Feisty and a fighter, like her big sister, she came out punching and kicking. She had to spend time in the neonatal intensive care unit, but Lily prepared us to be the parents Charlotte needed to grow big and strong.

This experience has showed us that life is truly beautiful — it is a sacred gift that deserves our respect and protection at every stage. There are issues that threaten human life, but behind those issues are people who need our compassion.

The Latin root for the word “compassion” means “to suffer together.” I’ve learned that suffering is not punishment — it’s an opportunity for deeper connection. God did not punish me by choosing me to be Lily’s mother, as trying and difficult as that experience was. He gave me Lily as a gift to help me love more fully — to help my whole network of family and friends love more fully.When we embrace suffering together — when we gather around those who are vulnerable and hurting — we reveal a beauty that shines through the darkness of suffering and death. I know because I’ve seen it. 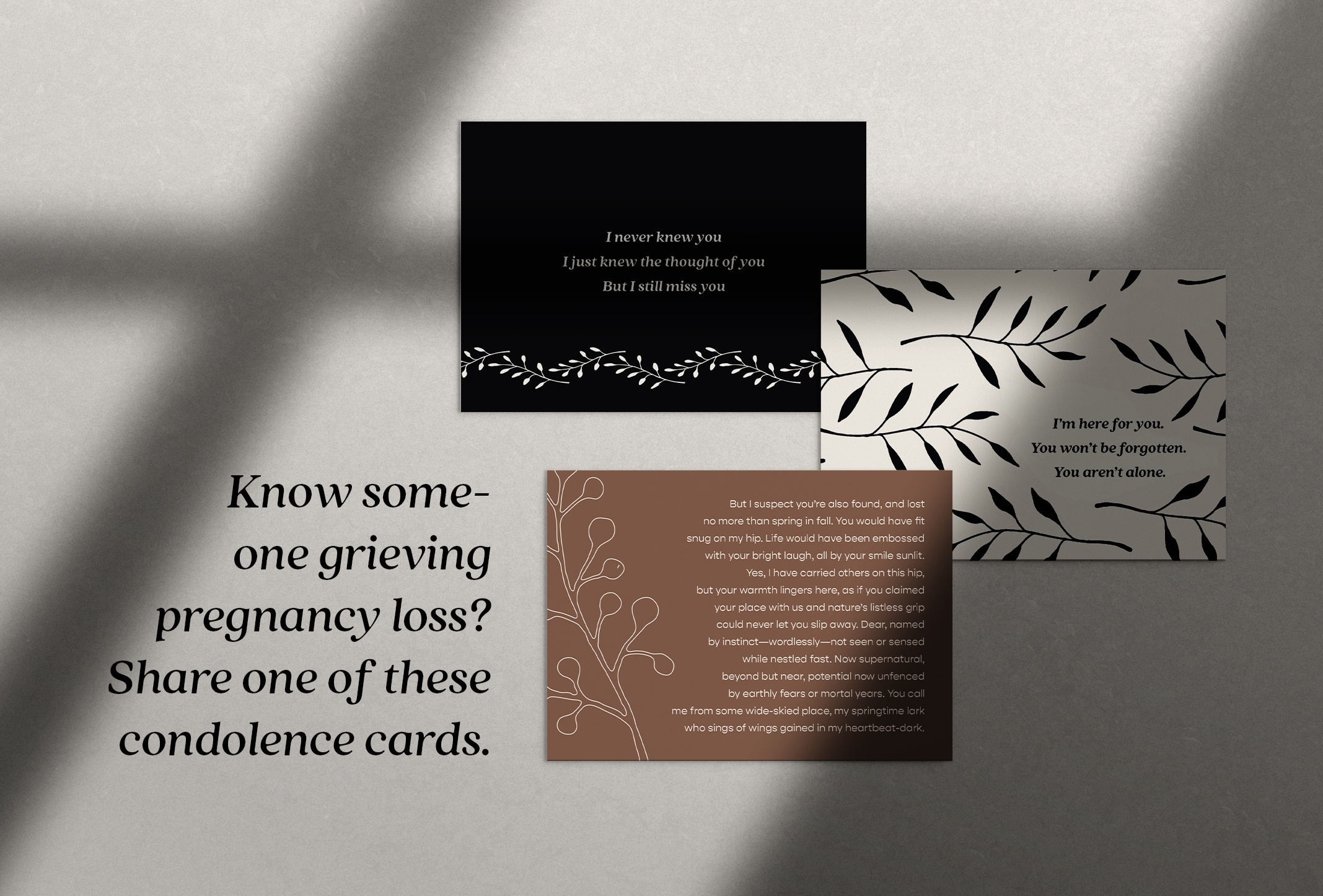 A Therapist’s Advice on Coping with Unexpected Death

3 Ways to Help When a Friend Has a Miscarriage

6 Ways to Help a Friend Going Through Infertility

4 Ways My Husband and I Coped with Infertility

Healing from Pregnancy Loss as a Community